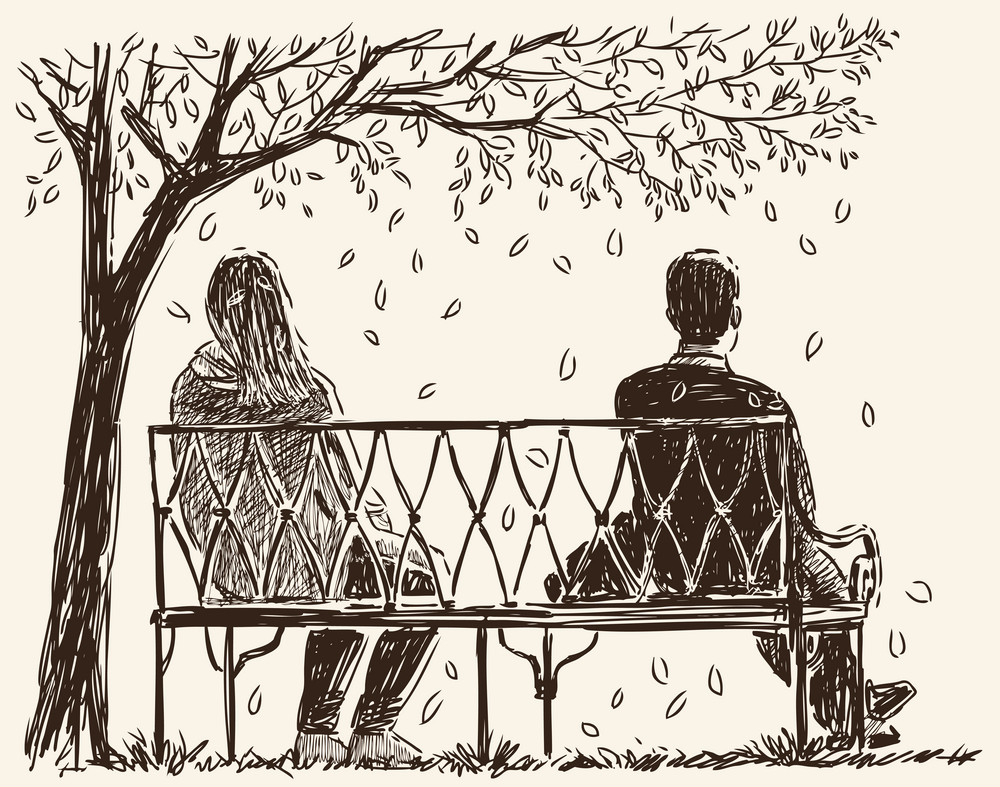 The war of the mind waged inside Zigmund’s head after his second night with Nadeja. He thought he had sounded incredibly foolish, loquacious, even embarrassed that he had vented so heavily to someone who had legitimate reasons, reasons to be suffering, that were not of their own making, as were his. However, a third night with the beautiful Nadeja was scheduled, provided that she made another appearance. Perhaps he had scared her off, he thought. These competing thoughts battled one another throughout the night, a constant resurrection and death, a sense of unease and discomfort one second, a feeling of restoration and dignity the next. The cartoon angel and devil upon his left and right shoulder, duking it out to win the mind of Zigmund, which of the two were most true? Could it be that this inkling of revitalization were real, is it possible that a turnaround of this magnitude could take place in the blink of an eye, ironically, by a simple look, or had he fallen into, yet again, a dream world, mistaking his momentary emotions as the genesis of some rehabilitation?

Suddenly, it occurred to him that he was thinking only of himself, even when the floor was no longer his, for Nadeja had told him so, and that it shall be hers tomorrow night. Is this not the same self-centeredness that was the root of his problems to begin with, he thought? Another thought, immediately after, “For Christ’s Sake! She said she had lost a parent! Yet here I am! Woe is me! Thinking of my self-imposed self-destruction!” He was berating himself, but something about his train of thought felt right, felt necessary. Zigmund dropped to his knees and said a prayer. “Father God, please help me to remove myself from the equation, for it is I who am my problem, for it is You who is my solution. I have lived all my days for myself, not for You, not for others. Oh, Father God, would you please – please pardon me of my offenses, that I may leave my prior behavior where it belongs, in the past, for it is not now, in this moment, with You, that I may turn my attention and focus to others and away from myself. In your precious name, Father, Amen.” A deep inhale-exhale, and mercifully, Zigmund slept.

He awoke late, frantically pacing throughout his apartment as he was late for work, and suddenly, the peace and serenity brought to him by way of prayer quickly subsided, cursing the people in his way en route. However, when he drew closer, he found himself laughing at himself over his hysteria. He thought of his upcoming encounter with Nadeja, and of nothing else for the duration of the workday.

The workday ended. He went home straight away, no pub in between, although the thought, naturally, crossed his mind, as it had become part of his regimen to do so, but the compulsion gave way to something greater: peak-condition in the presence of somebody for whom he had a deep admiration. When he passed the pub, he thought of Nadeja’s slight jab, “I’d think that was genuine if you weren’t so drunk.” It made him laugh and scoff coincidentally. “I shan’t prove the witch right,” he joked to himself, because of course, Zigmund thought of Nadeja as no witch, but an angel, and while he could admit to himself that dramatic, he would not move from the notion that something about his contact with Nadeja seemed divine. Zigmund, this time around, did not dress to impress, choosing to wear clothing that would adequately resist the cold weather of Kezmarok, which possibly, even still nervous, represented a certain comfortability he felt around Nadeja.

Off to the park, Zigmund went, and as he approached the top of the hill, there she stood, leaning on the same fence, staring at the same cathedral as she was the last two nights. Zigmund, increasingly more anxious with each step toward her, made his way to the park bench. Nadeja heard him, immediately turning around to greet him, instead of a sort of “hard-to-get” approach to the interaction she had undertaken the night before. It became less of a sport, their interaction, as it took on the form of something more genuine, something of more meaning. This bothered Zigmund to a small degree, as he was always game for game, but he reframed the meeting, seeing it as a sign of progression, and that perhaps the game had just changed is all.

“Zigmund!” shouted Nadeja. “I have been waiting for this night since, well, since last night! A free opportunity to release all of my innermost thoughts, with the best part being that, surely, you will be too drunk to remember any of it!” Zigmund only smiled, laughing on the inside, while calling her a witch in his mind yet again.

“If I am to endure the ramblings about death from a woman, with the assumption that I shall have to uncomfortably console you at some stage, the logic of arriving here pot-shotten reigned supreme, my dear Nadeja,” replied Zigmund. “Game on,” he thought. But it was short-lived as Nadeja took the floor.

“Do you know, Zigmund, why I can be seen in tears whilst staring at the cathedral?” Nadeja began. “It was there where my father’s funeral was held. My father died years ago, not recently, as you may have suspected, but I did not shed a single tear during the funeral, Zigmund. Would you believe they thought it to be a lack of compassion, that because of this perceived lack of compassion, I might have been responsible!? Such ludicrous sentiments have since fallen by the wayside, as if because I am a woman that I should have been in shambles, and it is not as though I have not spent many nights in such shambles, but inside the cathedral, I found myself serene. Joyful, even, if at least on that day. I’ve thought to myself that all the tears I was supposed to have shed, I shed them here, as if to make up for tears I did not shed, but Zigmund, do you know that I do not cry with sadness? Some nights, surely, Zigmund, for how am I not to be sad some nights!? I loved my father always. It is because of him that I did not cry then, I believe, as I did not see a tear drop from his eye when his mother, my grandmother, had passed. Lack of compassion! Ha! No, I never thought it to be lack of compassion! I thought it to be symbolic of strength – of hope! My father’s reaction to my grandmother’s death seemed to give people an impression, yes, perhaps only impressed upon them, as I do not know the condition of my father when he rested his head, but an impression that death, not just death, but the death of someone we had loved, was something that could be overcome – that it wasn’t, I do not know, that it wasn’t that. . bad! And it can be overcome! Does this life not continue, Zigmund? Oh, Zigmund, I cry with joy, I do! Not with sadness! Do not let me speak as if all my days are delightful, Zigmund. Certainly, angry days, saddened days, as anybody else, but it is because of my father, my mother just as well, who still lives, that I did not see a sad man when I saw you, Zigmund. Well, surely, you looked it. You will have to forgive me for my cracks at you. Funny, aren’t I? But have I seen something in you that you have not yet seen yourself? Who is to say, Zigmund, as I have only known you for a short time, but it must be said, that I do not see joy lying dormant in everyone. Oh, dear. You are not going to invite me to your apartment now, are you? Do not ruin it, my dear friend. Least not yet…”

Zigmund found Nadeja’s “monologue,” so to speak, inspiring, and of course, he became lost in the ocean-blue’s of Nadeja, making her story all the more captivating. However, Nadeja continued speaking to Zigmund, but something out of the corner of Zigmund’s eye had caught his attention, an unmistakable recognition. Brown hair, tan skin, tan for Kezmarok anyway, walking along the pathway hand-in-hand with somebody, joyously, freely, as if they only noticed each other. Daleka. A rage from the depths of hell consumed Zigmund, a sadness that only angels could feel when one of them falls, all in one moment. The man Daleka was with gave her a spin, as the two engaged in a quick dance, and she was now facing the park bench in which Zigmund was sitting. He was sure she saw him, but if she did, it perturbed her not, as they continued merrily on their way.

Nadeja, noticing a change in Zigmund’s demeanor, ended her speech. “Is everything okay, Zigmund? I have not disturbed you, have I? I’m sorry. You must not want to hear this cheery nonsense right now. Please pard-”

Zigmund grabbed hold of her hands and cut her off. “There isn’t need to apologize, my dear Nadeja, but I must be going.”

Zigmund got up from his seat and departed, slowly vanishing into the night of Kezmarok.. 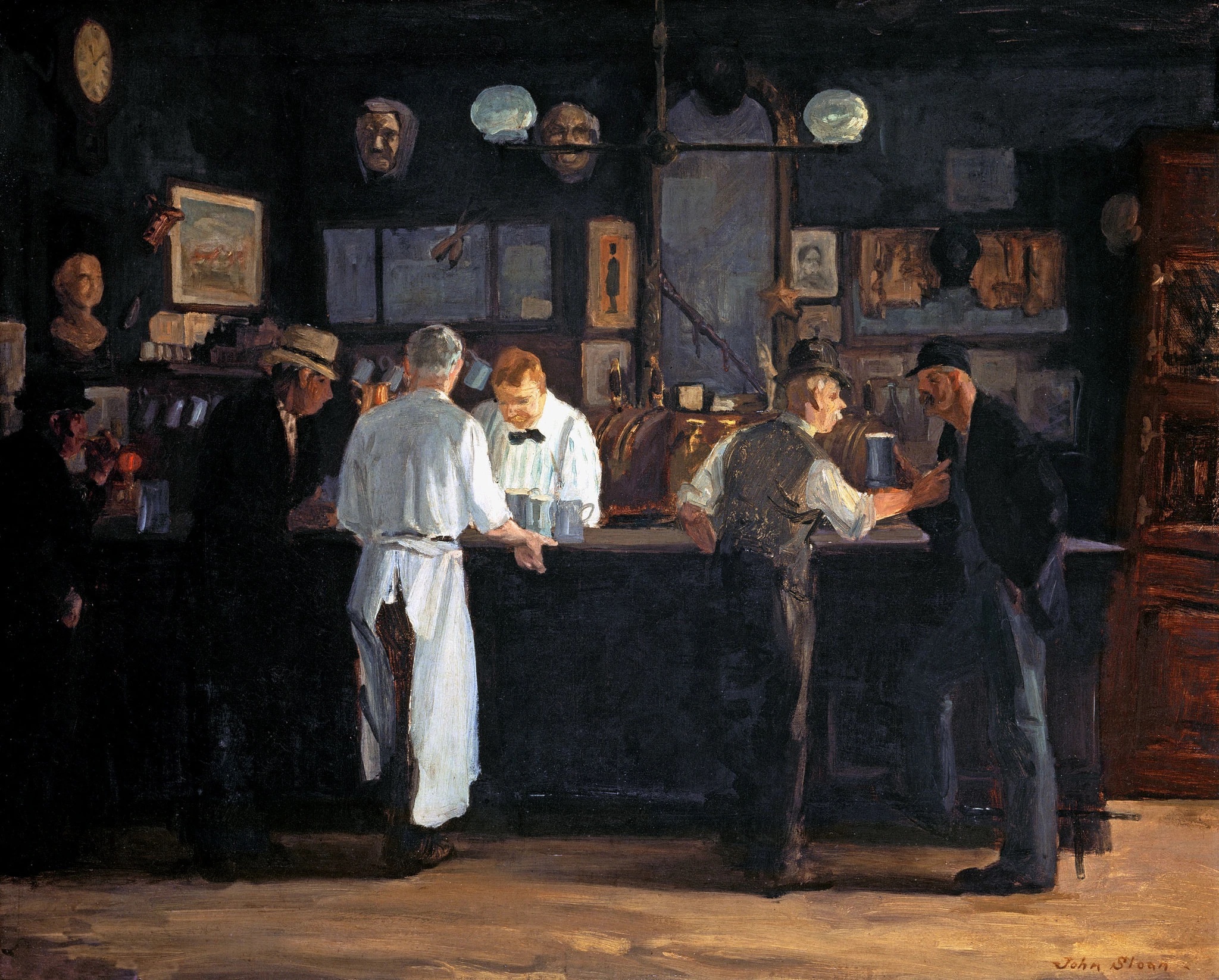 A Lesson in Discussion All Posts 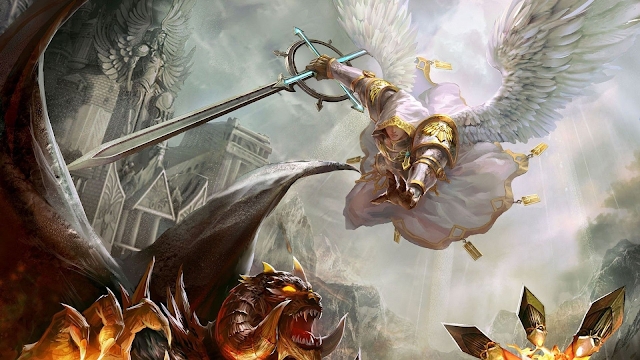 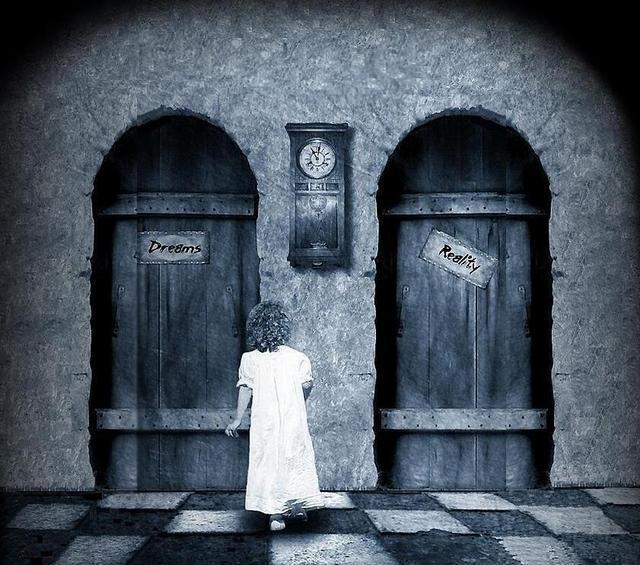 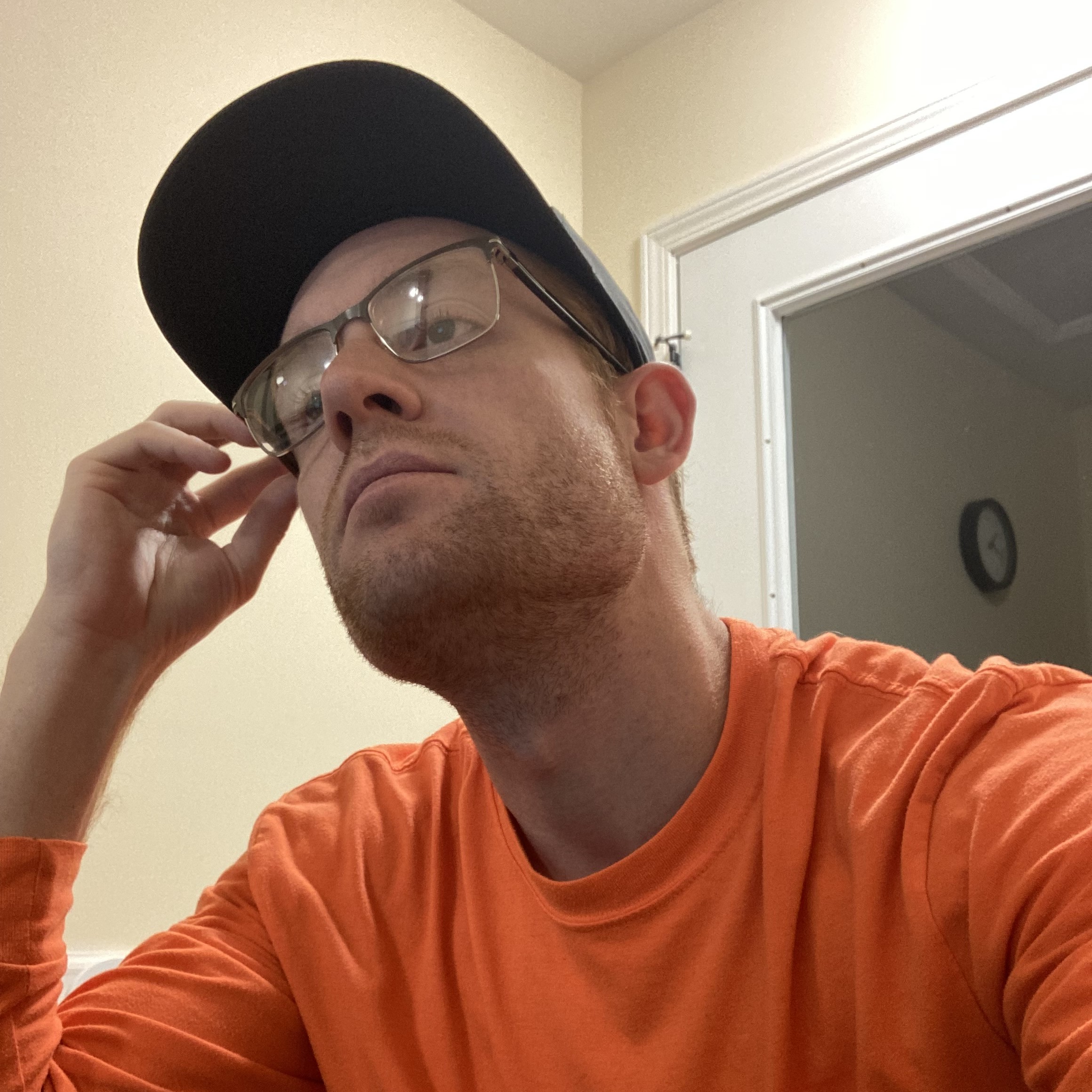 The Mind From a Small Room Pt. 4/4: Belief is Betting the Whole Pot All Posts 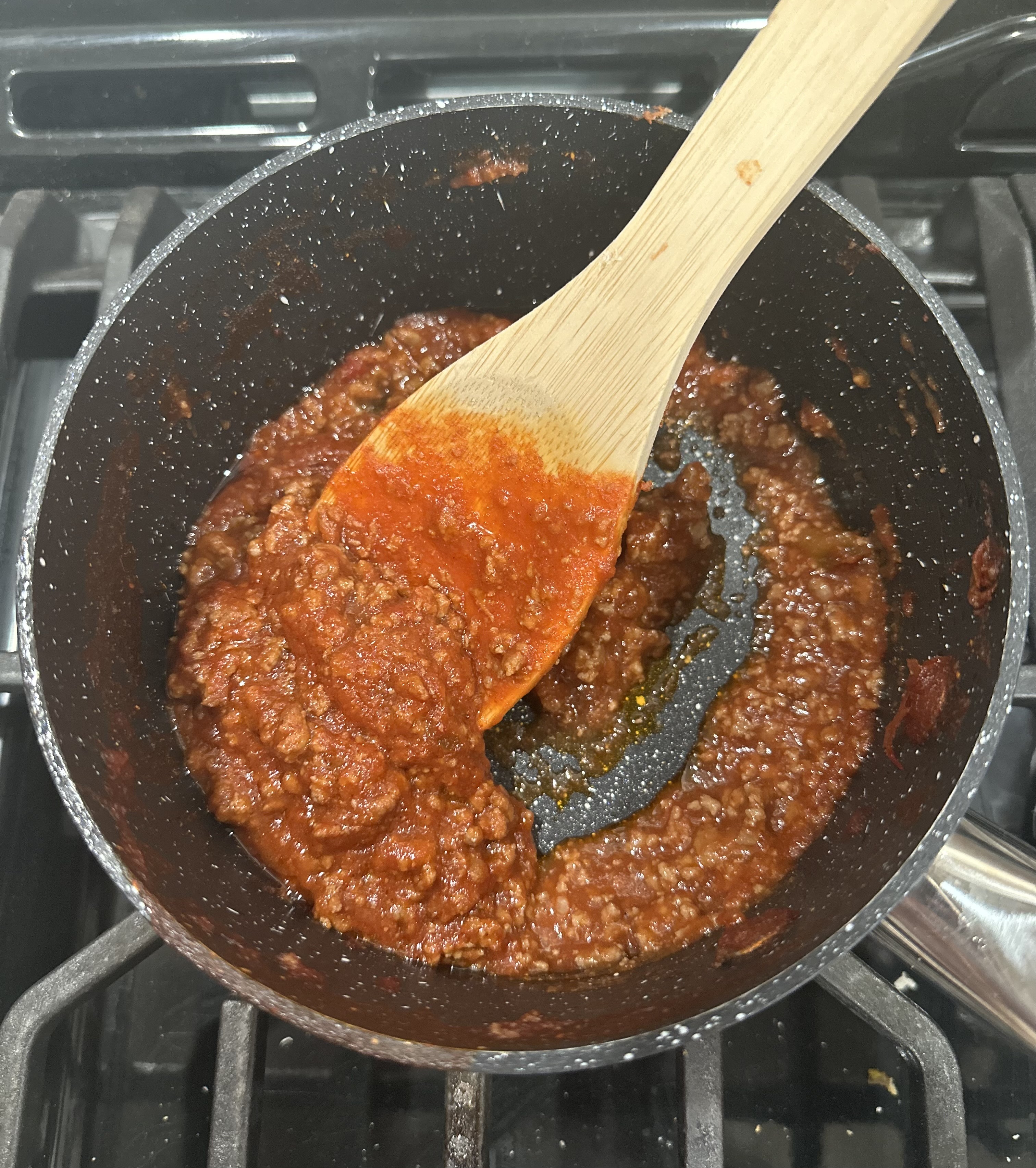 The Family Cookbook All Posts 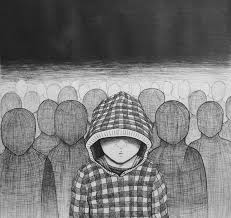